Heart of the Matter is hosting 8 Ways to a More Organized Homeschool Carnival. This week, Week Four, is Organizing Your Records. The posts will be up March 27. In the meantime, you can stop by, read the past week's posts, and be blessed by moms who offer their creative organization tips. 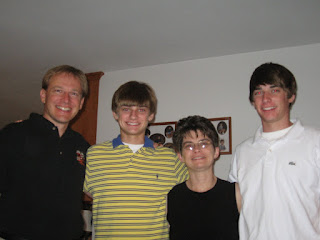 Over the last several weeks I have encouraged moms who are gathering high school records in an effort to write the "stories" of their high school students. One mom was gathering documents for employment, another mom was proving her "good student" was eligible for reduced car insurance. The last mom was in the process of preparing a transcript and other necessary documents required for college admission. I encouraged these moms to keep their high school records well-organized making the high school story writing process less daunting. Accurate and organized record keeping is the key to developing a high school portfolio.

There are many ways to keep high school records. We begin organizing high school records as soon as our students enroll in high school courses, which might be eighth grade if they take Algebra I or other high school level courses. We purchase a two-inch binder, fill it with notebook paper and plastic protector sleeves, and use dividers to create twelve sections, arranged alphabetically:

Important papers and information are filed in the appropriate section as soon as they enter our home (or shortly thereafter!). This system is easily expandable if we need it to be and there is no limit to what we can include 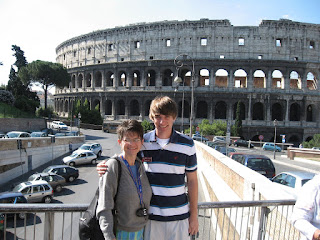 . We consider all information necessary until we find out otherwise.

As our students journey through their high school years we file information into the notebook. Having the information in one place speeds the story writing process. To write a resume for a potential employer we reference the letters of recommendation for possible references. At the end of the student's junior year when he/she begins to write college essays, the writing sample section of the notebook is a valuable resource. To write a high school transcript, we format the document on the computer and fill in the needed information from the notebook. We also refer to the notebook as we complete community service and extracurricular sections on college applications. The notebook is a goldmine of nuggets!

Writing your high schooler's high school story is exciting! Whether you are creating a resume for a first job, calculating grades for reduced car insurance premiums, or compiling a college admission's package, your high schooler's notebook will lessen stress and frustration. All the information will be at your fingertips, in one place. The time s 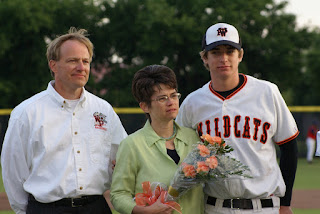 pent with your high schooler writing his/her story will be a memorable one, one in which you can rejoice togehter. It is the culmination, the last chapter, of the student's homeschool journey. Enjoy writing it!
Posted by Cheryl at 5:59 AM 3 comments: 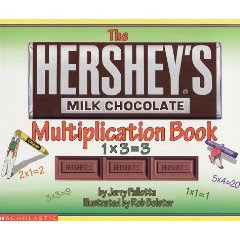 Looking for more yummy math lessons? Check out my NEW book Flip Three Pancakes With One Spatula! It's packed with ways to prepare a meal or snack with your child and suggests books related to the recipe. A great way to prepare a meal, learn math and spend some quiet moments in a book.
Posted by Cheryl at 10:01 AM No comments:

Every wonder if a Saint Patrick ever existed? Or, if he did, what made him so famous? We asked the same questions and today we found our answers while reading Saint Patrick by Ann Tompert. Saint Patrick was one of the most famous and beloved saints, born during the fourth century in southwest Britian. His mission was to take Christianity to the Irish people. One of his greatest tools of evangelism was the three-leafed clover, the shammrock, with which he explained the Trinity. Now the patron saint of Ireland, Saint Patrick is the reason we celebrate Saint Patrick's Day.
Author Ann Tompert uses information from Saint Patrick's letter "Confession" to answer the many questions children (and their parents) have about the saint. The picture book was selected by Booklist as one of the top ten religious books for children in 1998. Ms. Tompert has written a bookshelf full of children's books including two other titles we have enjoyed.
Saint Nicholas by Ann Tompert
Saint Valentine by Ann Tompert
Today as we read Saint Patrick and Saint Nicholas, we compared the saints, their missions, the locations of their homelands and their journeys. We used a globe to track the saint's travels. We discussed the similarities and differences between the saints and subtracted their birthdates to find out how far apart they were born. If we had clover in our yard, we would have wandered outside to pick some. We settled for cutting out a few we had traced on green construction paper. The shammrock shape is symmetrical, in case you wondered. I also went online to find out more about the author's personal story, as many times the life of the author brings depth to his/her writing. By the end of our reading, we had been emersed in the stories of two saints that impacted world history and answered questions about why we celebrate a current event, Saint Patrick's Day.
http://www.childrensliteraturenetwork.org/birthbios/brthpage/01jan/1-11tompert.html
http://www.boydsmillspress.com/contributors/contributors/tompert_ann.html
Posted by Cheryl at 12:59 PM No comments:

Remember the seek and find books Where's Waldo? Well many of my readers have asked "Where's Cheryl?" In an attempt to answer that question, here are a few paragraphs from my current life chapter.

I have been busy writing two articles (set to print this fall) and several shorts (shorter articles and sidebars) as well as a homechooling high school handbook (larger than a handout and shorter than a book). With a recent increase of people seeking my consultation in regards to homeschooling high school, a handbook will help me assist them and give them something to carry away from our time together. Writing invigorates me! Sharing stories is a passion! Mix the two and you have the two most recent paragraphs in my story.

Those of you who are in Central Florida may be interested in an upcoming event I am thrilled to be a part of. Tuesday, April 21, 2009 at Lake Mary Public Library from 6:00-7:15 p.m. I will be sitting on a panel of moms who have homeschooled young adults through high school. Both ladies, Meredith Curtis (http://joyfulandsuccessfulhomeschooling.com/) and Virginia Knowles (http://www.virginiaknowles.com/) are dear friends of mine and honestly, they have been my teachers! I feel blessed to even share a platform with them. The evening will be a question/answer panel format and is open to those who are homeschooling high school students as well as those who might be considering homeschooling high school in the future. It is being offered free of charge. Come join us!

So, these writing adventures have kept me from my blog. I promise to share some of favorite stories here soon!
Posted by Cheryl at 4:50 PM No comments:

What a discussion we had today! Not one part of the discussion was planned, it just happened. We were going through life and poof! we learned something new. Well, some of us did. The others, we were just reminded of what we all ready knew. This is the the learning I like best because I know they got it. New concept. Discussion. Application. Learned.

It all started with a trip to the library, like most of our learning. We checked out some interesting books, came home and read. Here is the list of the books in our bag: 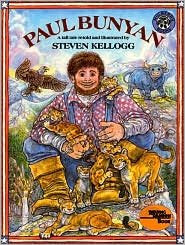 We read these and other tall tales. While reading, one listener said, "That doesn't sound like it can be true?" How right she was! I asked her what she thought was not true and why. She answered. Then we talked about how authors use exaggeration to tell a story, to make it interesting to the reader. Exaggeration, used as a literary device is used to stretch the truth.

We finished our conversation. Later, we learned more about one of the authors. That link is below.

http://www.stevenkellogg.com/page2.html
Posted by Cheryl at 11:56 AM No comments: