"Words ending in "Y" all make different sounds."
Little Learner, quite confused by all the "Y" words in a recent workbook page (yes, we do them occasionally) voiced her opinion about why "Y" shouldn't have so many sounds. Tricky "Y".

I decided to take learning off the page and put it into her hands.

I made a list of all the words I could ending in "Y" taking on the sound of either long e or long i. I designed 2x3 inch cards, one word to each card, and printed the cards on 100 pound cardstock (colored makes it more fun). Little Learners helped me cut through the straight lines with their blunt tipped scissors. 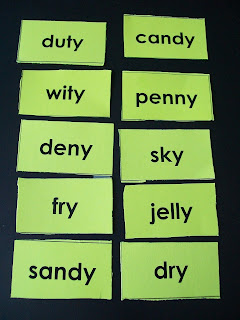 Once cards were cut, I created a "Y" from one business- and one letter-sized envelope. After sealing the envelopes, I trimmed 1/4 inch off the top edge to make two pockets. I formed the "Y", securing with tape on the back, and traced around the outside edges with a black Sharpie to make the "Y" more pronounced. I wrote "long e" on one envelope pocket and "long i" on the other. 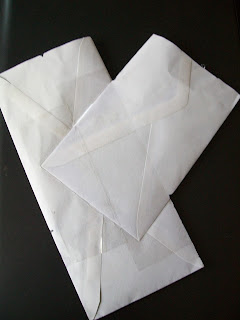 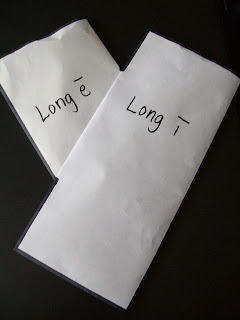 We have played this game many ways, in fact the littles like making up new rules. One round (played with a 5 and 8 year old) we read through the cards. I helped the 5 year old and it was great review for the eight year old. Then we placed the cards face down in the center of the play area and took turns drawing a card, saying the word, and letting it slide down the correct pocket.

This morning, we look the game with us on the morning dog walking adventure. The girls each had a handful of random cards, took turns reading their word and placing it in the correct pocket. I helped read words which had been forgotten. 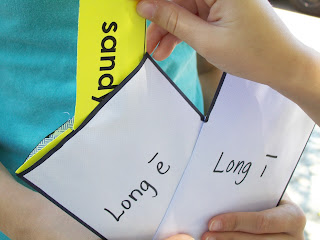 We've had great fun and success with our new game, Tricky Ys. We also learned the meanings of some new words: wity, sly, and rely. So, chalk one up for vocabulary. Today, learning with our hands (and outside) was delightful. 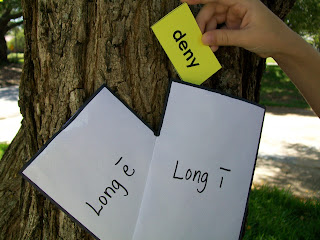 Over the past several months, I have been speaking to rooms full of parents (some larger than others) considering the home education journey for their middle and high school children. Most often, we talk about specifics and how-tos. At some point during the Q&A portion, I am usually asked, "What about college admission?"

Generally colleges welcome home educated students, but it is always wise to check on the admission requirements of particular schools of interest. Don't assume. Contact admissions counselors. Some universities have one counselor designated for home educated students. Finding out valuable information early enables parents and young adults to plan well for the high school chapter of a student's life.

Finding the specific requirements for home educated students on a college site can take time. In an effort to help parents, I have created this blog with links, hoping it might save someone, somewhere, time. I will add to the list as I am able, so check back.

The College of William and Mary, Williamsburg, VA
http://www.wm.edu/admission/undergraduateadmission/applicationprocess/freshmanapplicants/homeschooledapplicants/index.php 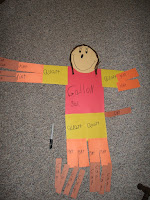 Searching the internet, I happened across a great way to teach or to reinforce units of capacity. I love hands-on, interactive ways to teach and to learn math, so Measurement Man was right up my alley, I mean abacus.

My girls LOVED this activity which is the best I have found to teach this concept in a hands-on, concrete method.

I posted the link on the Flip Three Pancakes page of my website. If you liked Measurement Man, you will love the other activities I posted.
Posted by Cheryl at 5:00 PM No comments: