One of our family's favorite read-aloud series is the Makers of America books. They have taken us from Kitty Hawk to watch the Wright Brothers fly their plane to the wilds of Penn's woods which would eventually be known as Pennsylvania. We have learned history, geography, and science, walking along side some of the brilliant men and women who have made an lasting impact on American history as well as world history. We have loved every sentence of our journey through time.

I found the first of our collection at a used book sale, for 50 cents. Yes, 50 cents! I searched the internet as well as some of my book resources and could not find a listing of the books (if you find one let me know!). Eventually I was able to purchase another book in the same series and it had a partial listing of the books in the series. From that list, I began collecting these hard to find literary treasures. We have loved every one we have read so far. Made in America series
(may not be a complete listing) 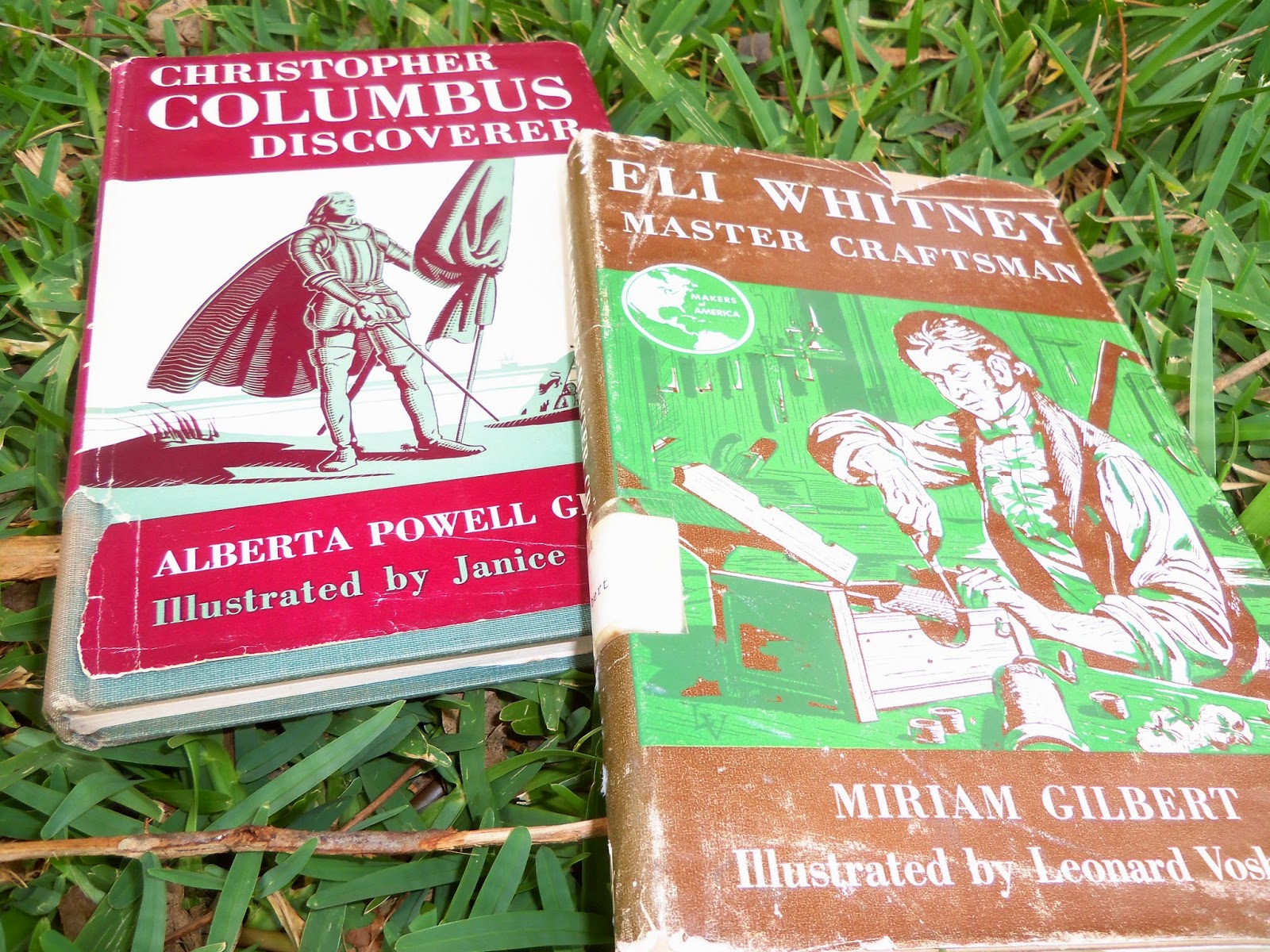