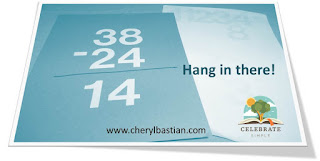 We read year round; even practice a few math problems throughout the summer. So, when today was a little wrinkled, well let's just say I had to iron faster to work on the creases.

Dad headed back to school this week and we pressed forward, beginning where we left off at the end of May.

Today was hard. I moved from learner to learner feeling like I my body needed roller skates and my mind was a million places at the same time!

Learners #3 and #4, high schoolers, needed assistance editing Spanish essays. Only ten sentences, but IN SPANISH! An hour later, though it felt like all afternoon, they were ready to move onto the concussion video (honestly it's called a course!) mandatory for their participation on the district high school sports team. I must admit, I was wondering how many students actually watch this "video".  My athletes wondered the same thing. We watched. Why? Because we have to sign a form saying we complied. A life lesson of integrity.

While editing Spanish essays there was another request for a snack, another question about a math problem, a "How do you spell?" request, the dryer buzzed, the baby needed a diaper change, dinner needed to be started. Should've used the Crockpot, but it's our anniversary and I wanted to do something special. Phone chimes. Two text messages regarding the wedding our family will celebrate in a few short months. Oh, and the question about grad school (we have a learner filing application), and two high school transcripts to update for above mentioned athletes!

Those are just glimpses into a few hours of the day. There were several more with similar wrinkles.


How was your day? Many of us have days like this.

To make it through the day, for it to be as successful as it could be, I had to keep perspective. I reminded myself to be intentional, moment by moment.

I had to work with the day instead of against it, even when there were more wrinkles than anticipated.

I was tempted to quit, to defer to the easier choice, but I knew the days ahead would be more difficult. Pay now or pay later. I pressed on.

The beginning of the year is like this (well, even days mid-year are like this sometimes) for home educators and for classroom educators. When I was a classroom teacher I remember wise words from a veteran teacher, "Hang in there and hang tough! If you give up early, ease up, the rest of the year will be even harder."

Yes, we read through the summer; even practiced a few math problems. But today was still a bit wrinkled.

It's okay. I am not alone. You are not alone. Many teachers, whether in the home or in the classroom are ironing out first week wrinkles, too!