Addition and Subtraction with Number Stickers

When someone gives you number stickers...

A box full of art goodies! It was Christmas. Not literally, but when you give a gaggle of girls a box of art supplies, it feels like Christmas. Smiles all around. Ideas shouted out. Just plain excitement.

At the bottom of the box I found some number stickers. I, too, had an idea! Math! That's right, math. I set the stickers aside until the excitement over the box waned. I knew my idea wouldn't fly until they had a chance to try their ideas.

Later in the afternoon, I pulled out the stickers and a piece of construction paper. Immediately I had several children asking, "What are you doing?" 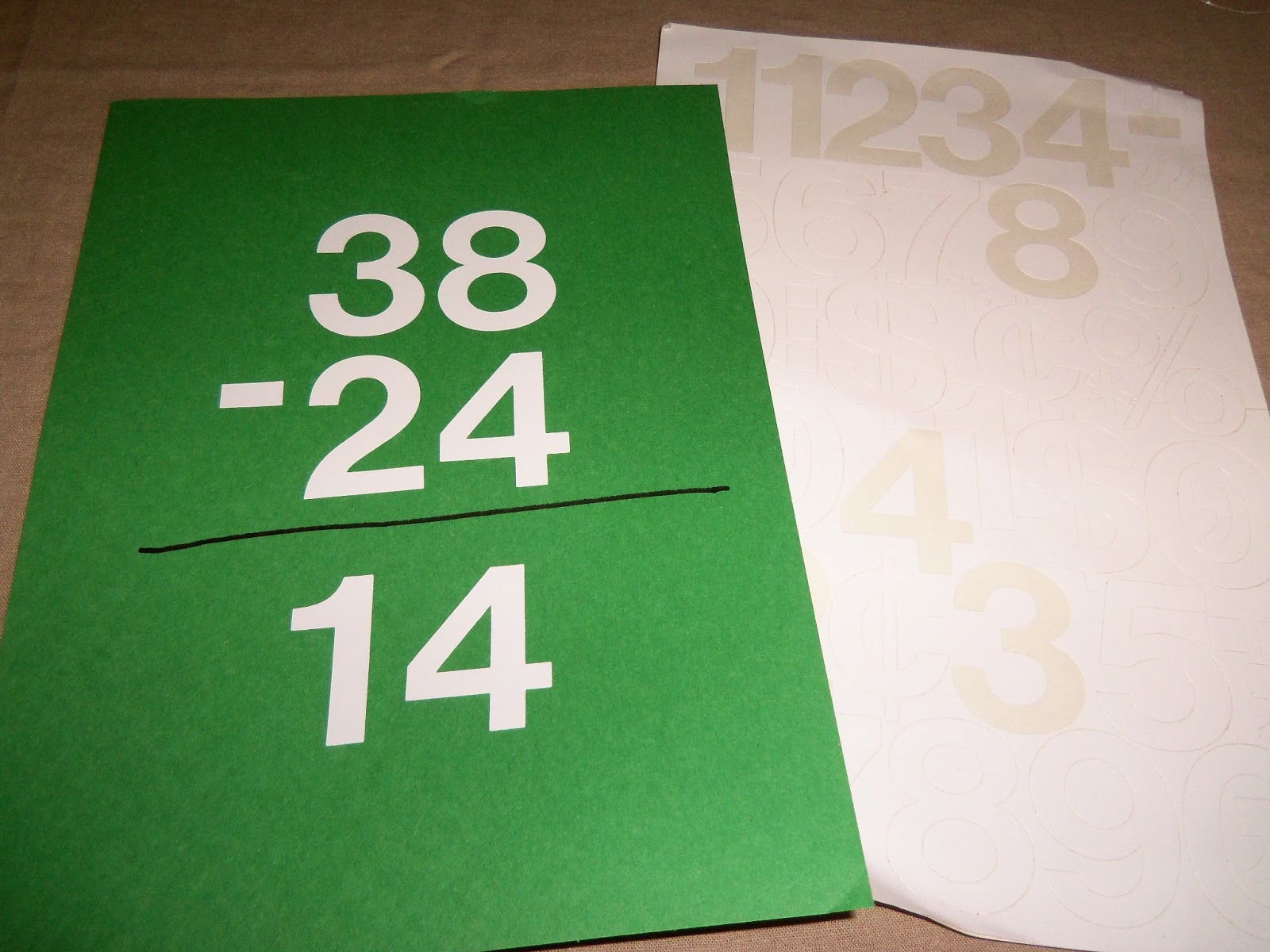 And, we did! Each child at their own level. Addition. Subtraction. Multiplication. Each child problem solving and thinking ahead to make use of the most numbers, while also carefully avoiding problems with numbers or solutions for which they had no stickers. Win. Win. For practicing math while problem solving and having a great time working with siblings to create problems. I love it when real life becomes math and math is involved in real life!

So, when life gives you number stickers (or you can purchase a pack with a 50% off JoAnns coupon),
do math! 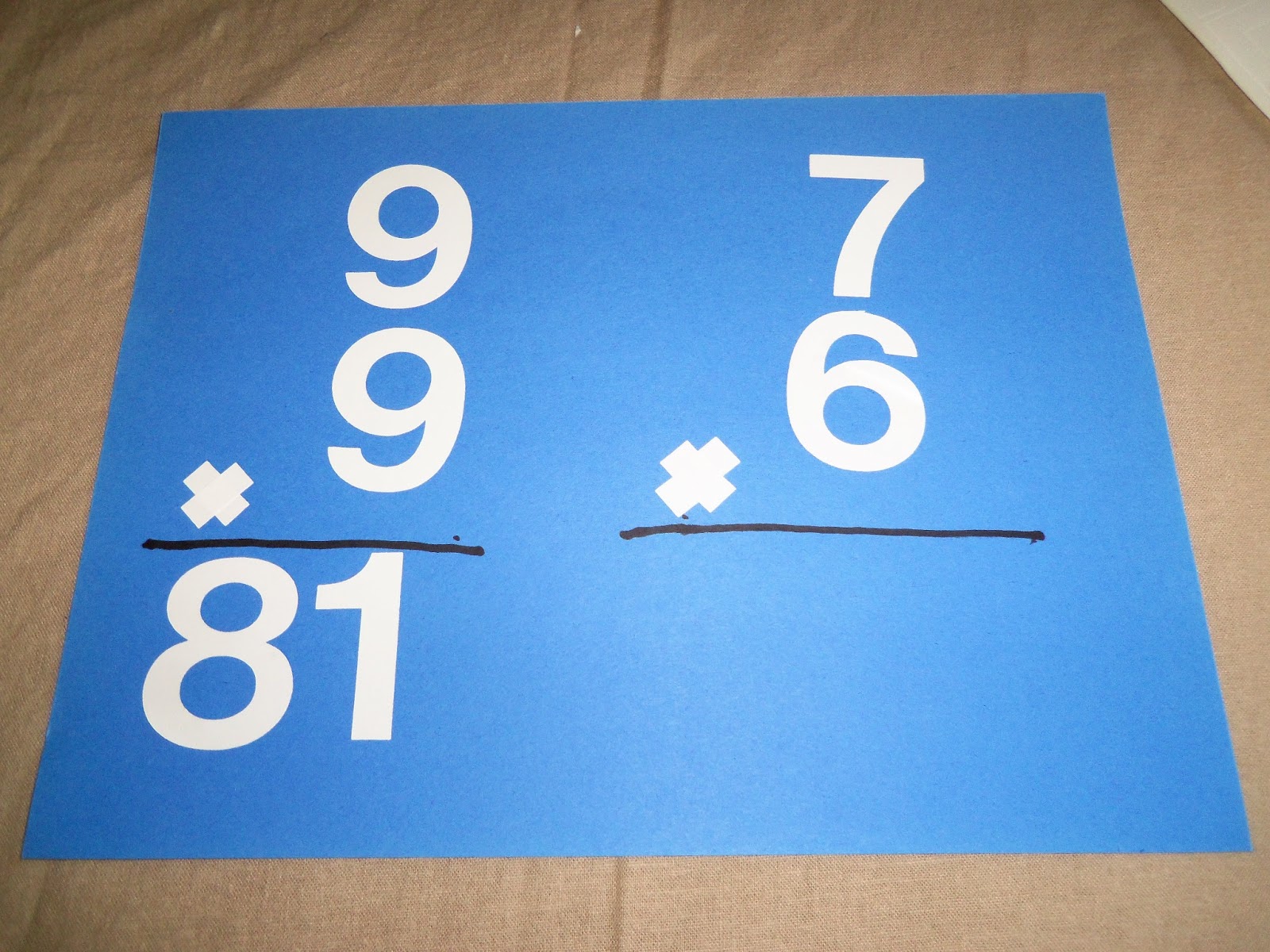 Side Note: As I write this blog, there is more learning happening in the kitchen! Our middle child found letter stickers in the bag and created a frog life cycle. She asked if we could find some print out or magazine pictures of tadpoles, froglets and frogs for the project she is creating. Who would have thought we could have this much learning fun with a bag of mismatched number and letter stickers?

More ideas with letter stickers, here!
Posted by Cheryl at 7:20 AM