What is a living book? Another mom inquires. A term best defined by an excerpt, a sample. 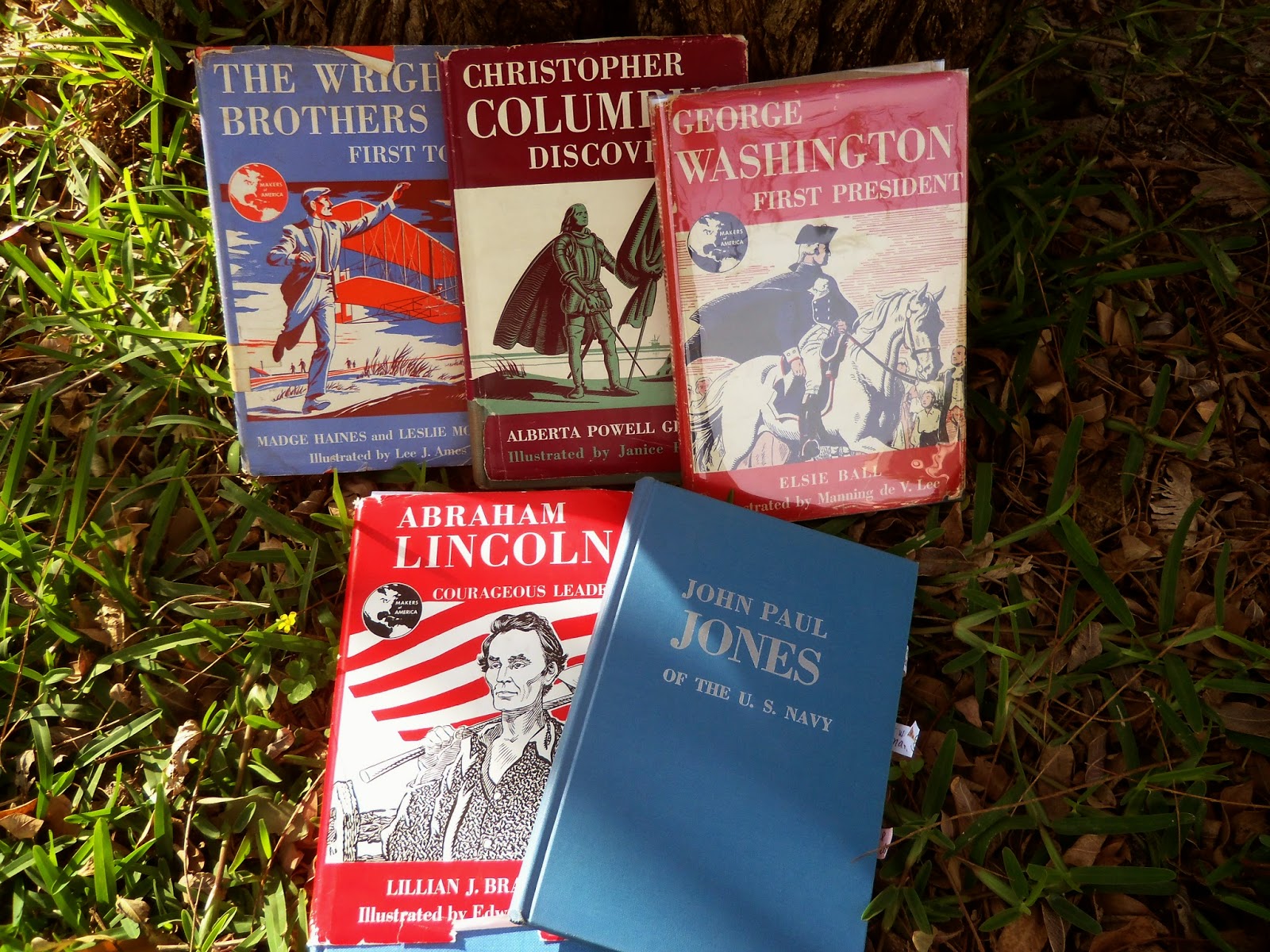 Here are a few excerpts from one in a series we enjoy, Makers of America. The book is titled The Wright Brothers: First to Fly by Madge Haines and Leslie Morrill and invites the reader on adventures of experimentation with the Wright brothers from the time they were young boys to their famous flight.

"One evening Wilbur said to Orville, 'I wish I could find the scientific law that made the small helicopter rise. Then I think I could figure out why the big one we made did not fly.'

'I'll bring you some books from the town library,' Orville offered. 'I know you have ready everything your're interested in, in Father's library.'

During those months while Wilbur was slowly gaining his strength, he used his hands in making light, delicate things. He became very skillful in using chisels and tools. He read books and magazine articles on the subject of flying.

As Orville came into his room one evening. Wilbur looked up from a magazine and spoke with a new note of eagerness. 'A man in Germany has made a glider that can carry him through the air.'

***
'Otto Lilienthal. He has been experimenting with gliders. He waits for a strong breeze, then he runs down a hill into the wind, and the glider actually carries him.' Wilbur was demonstrating with his arms.

Orville reached over to take the magazine from his brother. 'Why don't we make one?'

Wilbur nodded. 'But we'd better do some studying first.'"

***
"With the wind blowing harder then ever, the plane kept climbing. Now it was ten feet off the ground and still in the air. Now it was flying right away from Wilbur.

The boy who had been watching jerked off his cap and waved and shouted, 'He's flying! He's flying!'

Orville did not hear. He was too busy trying to steer the plane and to think of what was happening...with 'the machine moving forward, the air flying backward, the propeller turning sidewise, and nothing standing still.'

In a few seconds the plane began to come down, but it did not crash. It settled gently on the sand.

There are living books for almost every subject, at every reading level, from beginning readers through adult.

How do we incorporate those into our days?

One simple way is to have the books available, in your home, where children and young adults have them accessible.

Workshop descriptions for ALL the workshops offered at Living Books Forum can be found here.


Come to Living Books Forum and you will gain lists of titles as well as practical helps to make learning engaging and memorable in your home.